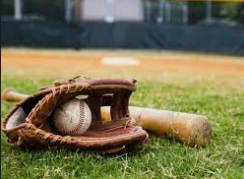 In the MLB Futures Market Win Total O/Us, the estimated hold you’re paying on the over will likely approach 8 percent while the estimated hold on the under can be close to zero. With a little line shopping between books, you can probably find some unders with +EV without too much effort.

A new MLB season is starting and you’re excited to bet the over/under on win totals for your favorite team, the New York Yankees. After all, they picked up Cy Young winner Gerrit Cole, their offense is as potent as ever, and that team that plays in Massachusetts just threw in the towel by trading their best player.

You check out your favorite sportsbook and they are offering Yankees win totals at 101.5 -110/-110. You figure to yourself that since the futures markets typically have a very high hold, paying an effective hold of 4.5% (on -110 both ways) is not a bad way to bet your favorite team to have a good season.

Unfortunately, sportsbooks are well aware of our homer biases and shade the win totals upwards, something we’ll call win inflation.

We reviewed the season win totals markets of four U.S. sportsbooks. They all have various levels of win inflation, averaging 7 excess wins and ranging from one win to 13 wins.

By looking at the table above, you might say “Hey, DraftKings doesn’t incorporate much win inflation. They are probably the best place to place over wagers at.”

Books also shade their lines against the over:

In fact, with the exception of William Hill (they offer flat -110), all of the books shade their line towards the over, dealing -113.5 on the over and -107.5 on the under. So clearly, in addition to the win inflation, the sportsbooks are making you pay more to bet the overs.

However, we still need to figure out the cost of the win inflation.

Let’s assume that an average team has a win expectation of 81 wins and the probability of them landing exactly on 81 wins is 4.5%. (We’ll save you the math, but we’re comfortable with this number based on some prior analysis of push probabilities.)

Due to win inflation, however, you are only offered Over 81.5 at -110 instead of Over 81 at -110 and your range of outcomes changes as shown below:

However, win inflation was only 7 wins on average rather than 15 wins, so only 2.0% of additional vig was “charged” to the overs and “returned” to the unders. We made the adjustments for win inflation below.

Takeaway: The estimated hold you’re paying on the over will likely approach 8 percent while the estimated hold on under can be close to zero. With a little line shopping between books, you could probably find some unders with +EV without too much effort.

Historical results seem to confirm our analysis, with unders winning 52.0% over the last 5 years while overs only cashing 48.0% of the time.